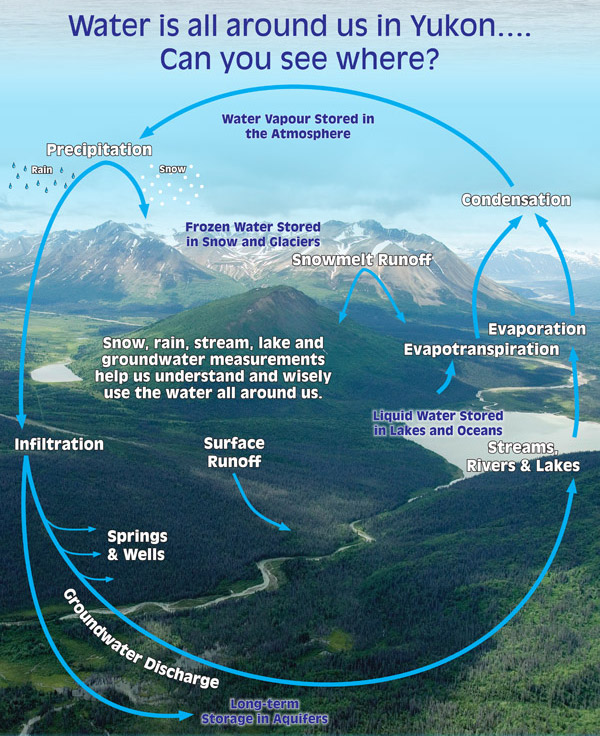 Water moves constantly through the hydrological cycle.  It:

Water’s location and availability are never static.  The amount of water within each component of the water cycle (vapour, liquid and solid) is dependent upon the climate in a given area.

Yukon’s climate is generally characterized by long, cold winters and short summers.  During the long, cold winters, there is an accumulation of mass in the solid phase of the water cycle. The solid phase of the hydrological cycle is called the cryosphere.  In Yukon, this includes glaciers, snow, permafrost, and river and lake ice.  These components play an important role in influencing the movement of water through the environment. For example, snow cover accumulation is the main contributor to spring run-off for many streams in Yukon.

Each phase of the water cycle plays an important role in supporting ecosystems.   Aquatic ecosystems derive their stability, in spite of constant change, from the complex interactions within them, driven by chemical, biological, and physical fluctuations.

Understanding the location and availability of water around us begins with collecting data.  Snow, rain, streamflow, lake and groundwater measurements are taken by various agencies across Yukon.
Check out the Water Data Catalogue to learn more about water monitoring in Yukon.