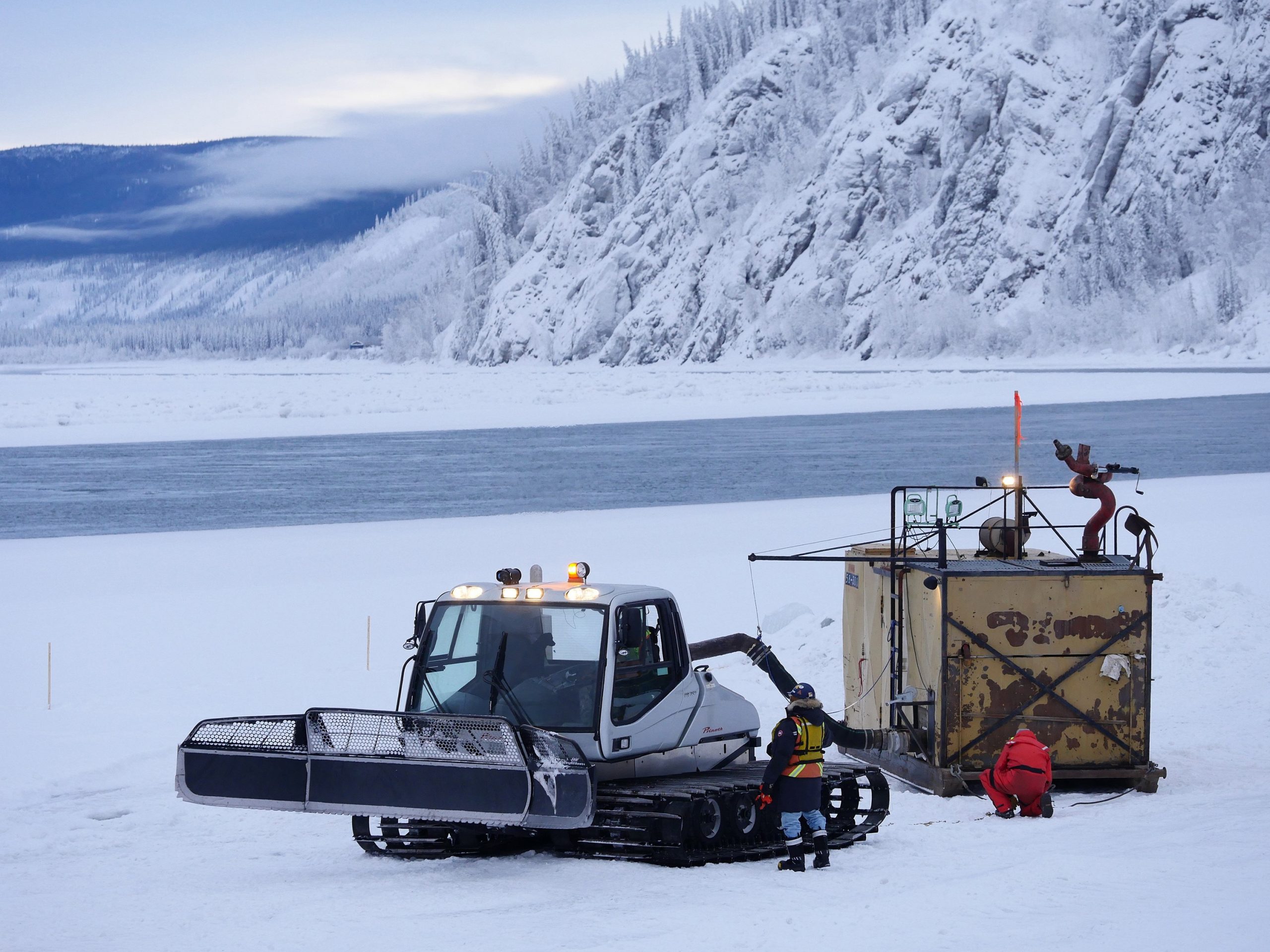 Understanding water resources and tracking their availability in Yukon can be challenging, given the movement of water through a cycle from the atmosphere to the surface and subsurface of the earth and back again. Frozen water – such as glaciers, permafrost and river ice – play an important role in influencing this cycling. What we can’t see – water underground – is as important as the watersheds that determine surface water flow.

Water moves constantly through the hydrologic cycle. It condenses in the atmosphere and falls to earth as precipitation. Then it drains across, through and beneath the land, pooling in lakes and oceans. Eventually it evaporates back into the atmosphere where the cycle begins again.

The cryosphere is the portion of the Earth system that comprises frozen water. This includes snow cover, ice cover on lakes and rivers, glaciers, ice caps and ice sheets, frozen ground (including permafrost), and sea ice. In Yukon, elements of the cryosphere, particularly glaciers, permafrost, and river ice, influence the timing, magnitude, and character of surface water flows.

Groundwater is water located in the spaces between soil particles and in the fractures of rock formations underground. An aquifer is an underground layer holding water that can yield a usable quantity of water. Water enters the ground through infiltration, and flows underground either to be stored in aquifers or to return to the surface through springs, wells or seepage into creeks and other waterbodies.